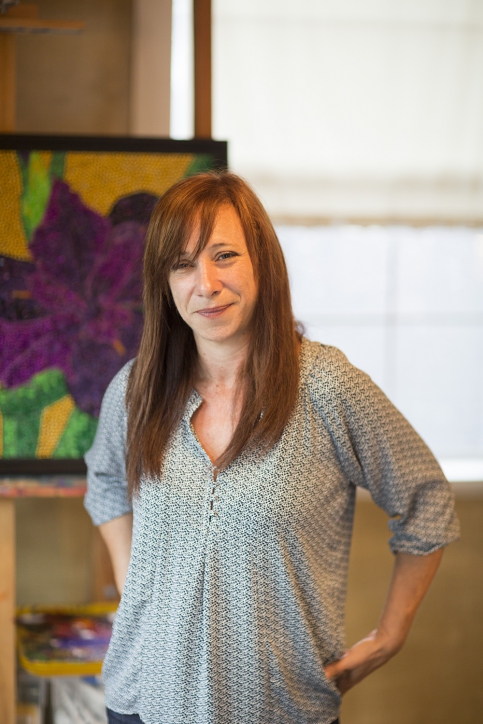 To most people, Mardi Gras beads are only important during the season and quickly lose their luster once the parades have stopped rolling. Not for me. I love finding the unique strands from the 60s and 70s that other people call “gutter beads”. I crave the unusually shaped and colored ones, and admire the way the newer beads glitter and shine in the sunlight. I stand on the sidewalk side for every parade throughout the season, gathering materials to make my art in hopes of collecting a year’s worth of goodies until the next Mardi Gras rolls around.

Using culturally iconic imagery representative of New Orleans, because the material lends itself so, and borrowing the ideals of Neo-Impressionistic Pointillism, I hope to elevate what may be considered kitsch to a level of fine art. The resulting play of light and color attempts to recall the ideals of historically significant fine art pieces while adding a new dimension of glitter and shine through the use of metallic, plastic, and luminescent beads.

In preparation for the formal construction of each piece I first paint my imagery essentially creating a fully realized template to follow. The beads are then meticulously sorted by size, shade, and shape, and cut apart to individual pieces creating a detailed and varied palette; much like a painter would prepare hues for painting. I then bead the work by gluing the beads directly onto the canvas, encrusting it entirely in texture, light, and color. The illusion of three-dimensional space is often created through the use of perspective and shading, but also the variety of size of the beads I use creates actual dimension adding an element of bas-relief. The finished works are stunning to regard both from a distance and upon close inspection of the highly detailed craftsmanship.

Tama Distler is a New Orleans artist living and working in the Garden District neighborhood.

Describe yourself in one word. Caffeinated

What do you love the most about creating art in New Orleans? What particular part of your immediate environment, in your neighborhood specifically influences your work? I live on the parade route… so Mardi Gras!!!

Describe your creative process. Are there any rituals or rites of passage you exercise before you begin a new piece? Generally I just drink a whole lot of coffee and get to it. Not very exciting I know, but hey, that’s what works for me.

Where do you draw inspiration? Sometimes the beads themselves dictate a piece - as in, “Check out these cool purples! What about an Iris?”

Who are your artistic influences or gurus? I love love love Wayne Thiebaud and also Chuck Close, and I truly admire Georges Seurat, and Vincent Van Gogh. Their works inspire my approach to form and color.

In New Orleans, art and music go hand in hand. What type of music, band or song lyric best describes your work? Shine on You Crazy Diamond? Ok, not really...

Where can we find you when you are not creating art? Well…at the coffee shop, refueling.

What is your favorite time of day/day of the week/month of the year? I love to wake up early and catch the first part of the day. It’s quiet and the beginning of light is so beautiful.

What is something people don’t know about you? A fun fact. I make a kick ass tortilla soup.

Items typically ship within 7-10 business days via UPS. All of my pieces are one-of-a-kind, handmade, and original. Private message me if you want to order a custom piece. Custom orders typically take 3 to 6 weeks for completion and delivery. 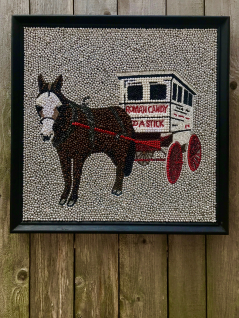 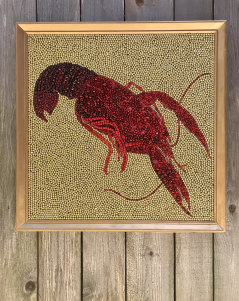 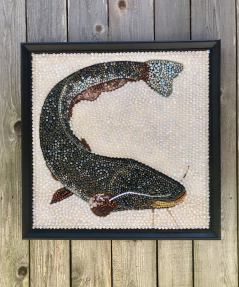 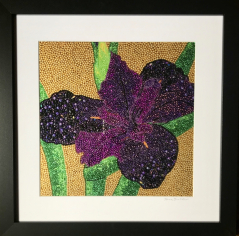 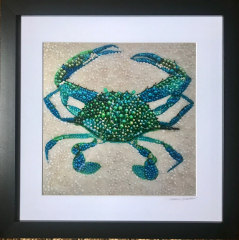 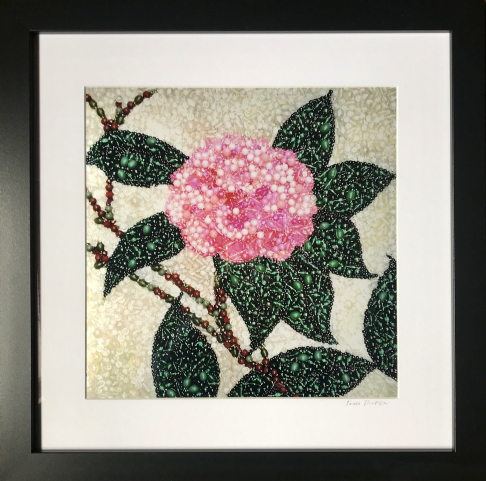 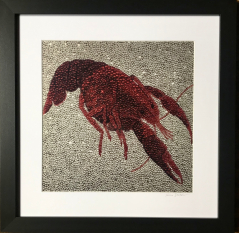 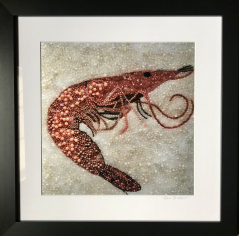 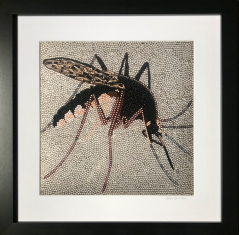 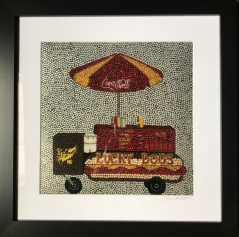 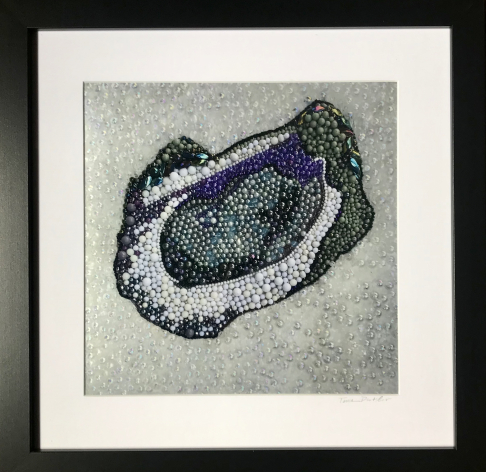 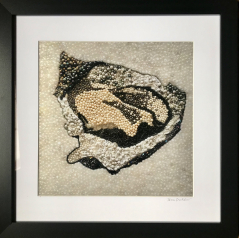 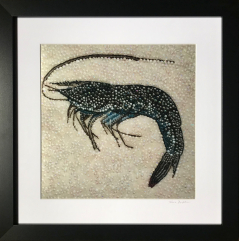 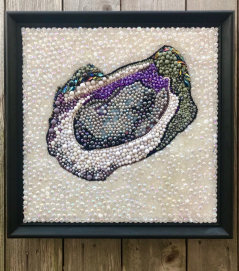 Lavender Oyster on the Half Shell
SOLD 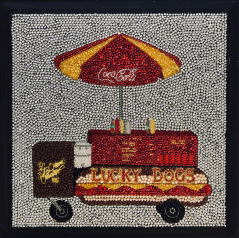 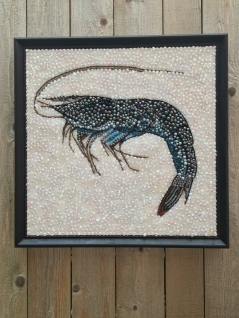 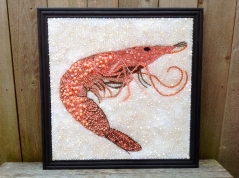 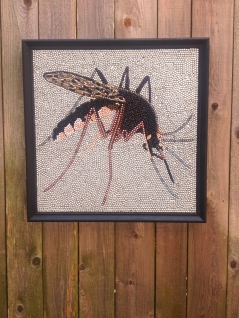 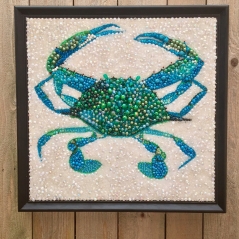 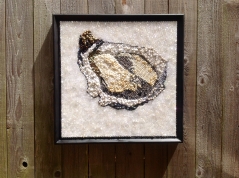 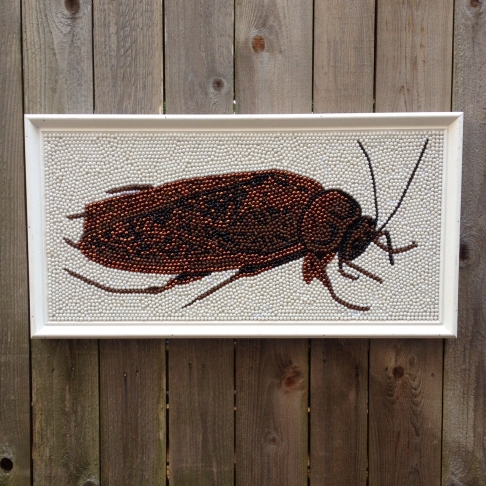 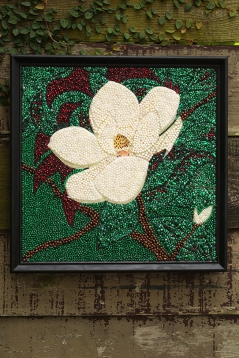 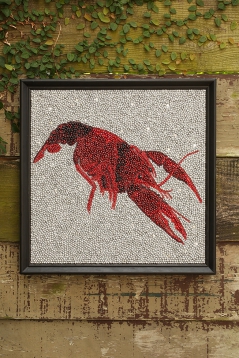 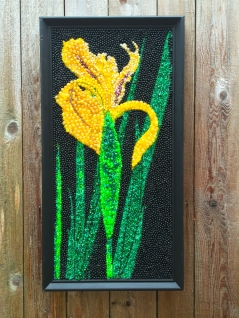 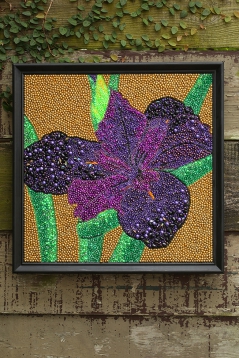